What is 3d modeling? 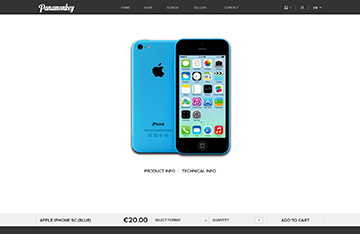 The modeling is a creation process performed using specialized software. It makes it possible to create a three-dimensional object through geometric additions, subtractions and modifications. The best known and most widely used method is polygonal modeling, which consists in creating a basic shape referred to as primitive (cube, pavement, cylinder, sphere). It is by modifying, transforming and adding polygons to this simple geometric shape that we can model and create a far more complex form. For highly precise work, curve modeling (NURBS) is often favored. It consists in creating a network of curves through control points. It is by manipulating and modifying the interpolation of curves between these points that we will be able to adjust the shape of the object. This technique is mainly used in architecture, engineering and construction, where it is essential that precision be optimal. To conclude, there is a very effective last method: subdivision surface modeling. Consisting of the first two methods, it includes adding, by means of a modifier, automatic subdivisions without worrying about the number of faces on our object. It allows us to add many details by ruling out sharp edges and smoothing the surface.

In what context is 3d modeling applied?

Used in many professional sectors such as engineering, entertainment, cinema, advertising and video games, 3d modeling has become essential. The biggest 3D animation studios like Pixar, DreamWorks and Blue Sky have been using this technology for many years. Many filmmakers have also used digital creation to make popular films such as King Kong by Peter Jackson or James Cameron’s Avatar. Game of Thrones is currently one of the most popular and spectacular shows on TV. Using cutting-edge digital technology, the series has been reigning on for quite a few years.

With what kind of software?

Nowadays, many software solutions specializing in three-dimensional are available. Whether it's free or commercial software, solutions do not miss the call. If you want to create digital images or create your own animations, Panamonkey provides you with a non-exhaustive list. Intended for cinema, television and video games, 3D Studio Max and Maya are the two most well-known and acclaimed software. These stand as the reference tools for many studios wishing to model, animate, simulate or render complex 3D scenes. Cinema 4D, LightWave or Softimage are also good solutions to perform your projects. If you are looking for a free and open-source solution, Blender is a suitable option. It also uses tools of excellent quality.